Tectonics as an aspect of modern architecture came to be known as a significant game changer in terms of the demand of design of art forms and its blending with other forms. Modernity in tectonics has been used since decades and the very requirement of the design as an art form makes the modernity adopt the aspect of tectonics. Tectonics, being the process of making a building not just as a constructed material, but a piece of art is able to blend the modernist space within itself as per the erratic demands of space. As new art forms of designs were demanded as the modern design, the belief in the fundamental design standards and concepts lost is relevance and importance. Transparency in designs had to be handled with the element of simplistic designs and forms and male the design as simple as possible. Tectonics has been used to convert the construction process and design into an art form which is different from being termed as modern, but it goes back to a more contemporary style and design factor.

The term modernity defines that everything that has been developed in the past has been non-modern and old, and everything that is developed currently and in the present is termed as modern. Rowe talks about the demolishing of large scale modernist homes and communities due to failure of keeping with the changing times and not being able to consider the alteration demands of the external environment. This is due to the haphazard development of using more and more technology and mass housing ideas and not giving any heed to the flexibility required to mould with the changing social landscapes, changing lifestyles, and changing cultural constraints of living. Le Corbusier again added that with the advent of technology and fast pace of life largely focused on multitasking approaches, the idea of a home also have become more of a machine for living, and killing the idea of a home and just keep making houses for the masses which are used nothing more as a lodging facility for a while during the night. Modernity according to Corbusier has killed the inherently strong idea of a home and technology, the fast pace life, social structure disruptions, and changes in cultural perspectives are large contributors for this massive change which sometimes seem to be irreversible. These architects ideas about the modernist home is not about being fundamentally right or rigid on a specific set of tools and elements, but by being more inclined to be free to design a home which allows personal reflections and personal space to be experienced thoroughly. 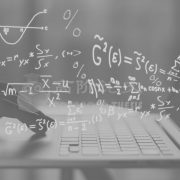