The extensive green roof being designed for the YMCA will have as its main component such as a lightweight growing medium. This would have a thickness of anywhere between 3- 6 inches. The substrate growing medium used differs in thickness based on the plants used, for instance, succulents the 3-6 inches is adequate (Martens et al, 2008). The ground level low component plants used as of the succulent variety. Many different succulents are selected here. The rooftop selected is non-sloping in nature so the watering arrangement has to be made accordingly. Adequate amount of anti weed elements has to be added into the substrate where it is necessary to borderline the rooftop since tree seedlings and other weeds that the extensive green garden should not support would be brought in by birds and the wind. The tree seedlings would not have root space to grow, the root inhibitor might not work on it (Martens et al, 2008). This could lead to the roots pressing against the green roof layers. The weeds if allowed to grow unchecked could lead to nutrient loss. The weeds and the actual succulents being raised in the green roof might not survive and might take much of the water and nutrients supplied (Bass et al, 2002).

There will be loads and stresses on the Green roof and the building on which the green roof is being installed. Given that the building is being constructed in Toronto, Ontario the main elements that might need to be considered with respect to the weather are water, rain and snow loads. Some key points to be understood here are that:
Despite the loads and stresses, usually there is no need for any form of special requirement here for the load bearing structure. The load bearing capacity of the existing roof deck and the rigidity and deformity levels will however need to be understood.
Structural strength needs to be considered with respect to the deflection resistance for the mass of soil and the water draining layers. The water holding capacity of the materials that are used will be a big parameter here as this would change the stress induced on the roof.
Where a new roof is used, it is usually advisable that there be some form of a reinforced concrete slab

A hydrologic mockup will be done with the data collected on the weather elements in Toronto. The feasibility of having a year around succulent vegetation on the green roof will be analyzed. While acknowledging that it may be difficult to support the succulents in the case of snow during winter season, the report attempts to present recommendations on how YMCA could invest in some low cost infrastructure that would protect the vegetation even in the winter. Case study data from North American Green roof providers are used to support this standpoint.
It is necessary to do a hydrological profiling as all green roofs might not be created equal. The hydrological profile will vary based on the roofs, the thermal profile in the location and more. Increasing soil root density or the soil biodata will affect the amount of water intake and also the substrate retention characteristics. There are also microstructures in the substrate which will cause changes based on their pores irregularities and more.

The costs involved in the overall construction of the extensive green roof and the itemized cost for all the components are included in this report. Costs of contractor, wages and subcontractors that might be required and maintenance that would be needed are also presented. 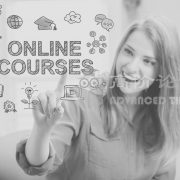 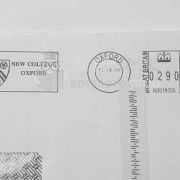