Wood et al., (2004) argued that Real-Time Strategy sports have been very competitive for an extended period. In any RTS game, the player builds an army through constructions and then, develops units used to dominate the whole map in an attempt of defeating the opponent’s army. Players are required to gather available resources by having the map knowledge to win and beat the other participant. Technological advancements are also applied to ensure a smooth game progress (Jarrett, 2015). Each of the players does the different actions at the same time making the RTS games different from the rest. There are those games which require that a single participant makes several attempts before the other one comes in and thus, this makes this genre different from other sports. Although there are some common characteristics with sports, some elements are completely different and this research seeks to explore these elements. According to many people, any game that has a general recognition must be accepted by several people (Heaven, 2014). For it to qualify as a sport, it may be known by many individuals who have the knowledge of the game as well as its playing strategies. Thus, unlike sports, these activities are considered as the products of technological advancements (Kwak et al. 2015, p.572).
In the E-sport world, some of these RTS games have lost popularity because it is difficult for some other people to understand them. The number of fans and participants has significantly reduced making it difficult to maintain the game standards. At the local competitions and levels, very few people take part in some of these games because of the complexity in understanding rules and this condition has contributed to the reduction of its popularity. The debate on whether MOBA is a game or sport has attracted a lot of attention from several parties (Jarrett, 2015). The participants, organizers, and even the funds have always given rise to divergent views on the issue. According to Jarrett (2015), those who support the MOBA classification as a competition have given supportive reasons, and those with counterarguments prove that it is just a game. Although the distinctions between sports and eSports such as the MOBA are not well defined, the rising debates have tried to give some directions about this matter. For instance, any activity that meets the conditions of being qualified as a sport must have an international accreditation and get registered as by the federations. Some of the activities which are games like chess cannot be classified as sports to fit in international competitions or leagues (Anderson, & Dill, 2000, p. 119) 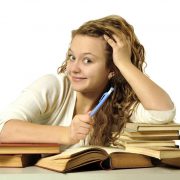 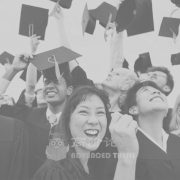