The music piece of War Requiem was not supposed to be a piece of pro- Britain or for glorifying the soldiers of Britain, but as publicly stating the anti- war convictions of Britten. Britten was offered the opportunity by the commission for producing a large- scale piece of choral work that provide an expression for majority of his passions in context with war and regarding the organized role of religion in order to promote war. The interval related to a triton between F and C can be considered as a motif in recurrence, which ends up unifying the whole work on occurrence. There is a use of this interval both in laying emphasis on the harmonic distance between F and C and the ones for resolving them in terms of harmony. This tends to mirror the theme of reconciliation and conflict being presented all across the work.

The aim of this essay is to conduct an analysis for a short piece of choral music, while discussing about the composer and providing detail about the significant background information related to the work. Further ahead, this essay will focus on providing maximum useful rehearsal information, while discussing about the significant issues in rehearsal and the overall technical challenges faced. The choral music piece selected for the purpose of this essay is War Requiem that was written in re-consecrating the Coventry Cathedral and its performance first took place on 30th May in the year 1962 (Colman, 2003). There had been a commissioning of Britten for writing a piece to mark the ceremony for completing the construction of new cathedral, as the previous Coventry Cathedral had been destructed during the Second World War under the Battle of Britain. Further analysis will focus on this piece of choral music.
Rehearsal Information
On the other hand, in the ending part of the Agnus Dei, the tenor appears to be outlining C to G with perfection before it moves down to F for resolving the final chord of chorus. By the ending of the part Dies irae, “at all” along with the notes end up in the formation of triton while leading towards the formal resolution of choir. In the final setting of Owen, triton with the most significant and prominent expressions are sung by the tenor in order to address a soldier in opposition with the tone of “Strange friend”. There is accompanying of the poem by chords of sporadic detachment from a viola and two violins. This was inclusive of the triton in context with domination of 7th chord. 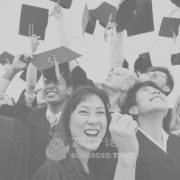 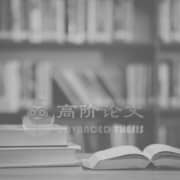